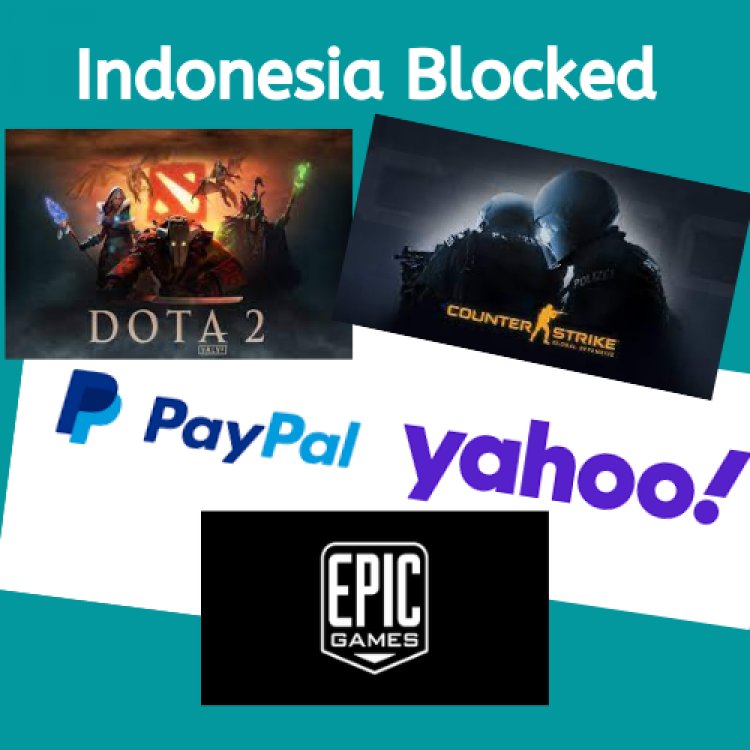 One of the biggest payment firms like PayPal, search engine website Yahoo! and many other gaming websites have been blocked in Indonesia. On this Saturday, an official made a statement regarding the failure of compliance in licensing rules by the firms which sparked a backlash on social media.

According to rules released by Indonesia’s Communication Ministry in this late November 2020, registration of firms is required to give authorities explicit powers like disclosing data of certain users, take down content deemed unlawful or content that ‘disturbs public order’ within 4 hours in urgent cases and 24 hours in non-urgent.

Technological firms such as Instagram, Facebook, WhatsApp, Amazon, Alphabet, etc. had rushed to register and comply with the rules on an extended deadline date, Friday.

Including Yahoo and Paypal, several popular gaming sites like Dota 2, Counter-Strike, Epic Games, Steam have also been blocked as per Semuel Abrijani Pangerapan, A senior official at Communications Ministry of Indonesia, on a text.

Parent Private firms of these websites have not responded to the decision and some are unavailable for comments.

Recently, hashtags as ‘BlokirKominfo’ which means Block Communication Ministry, Epic Gmaes, and PayPal is trending on Indonesian Twitter. Many are criticizing Communication ministry for hurting freelancers and gamers with the move. Pangerapan has yet to make a comment on the concern.

Renders of Google’s gigantic San Jose campus show how it...

Apple becomes the world’s first private company to have...