She - A protagonist of every household and this world. 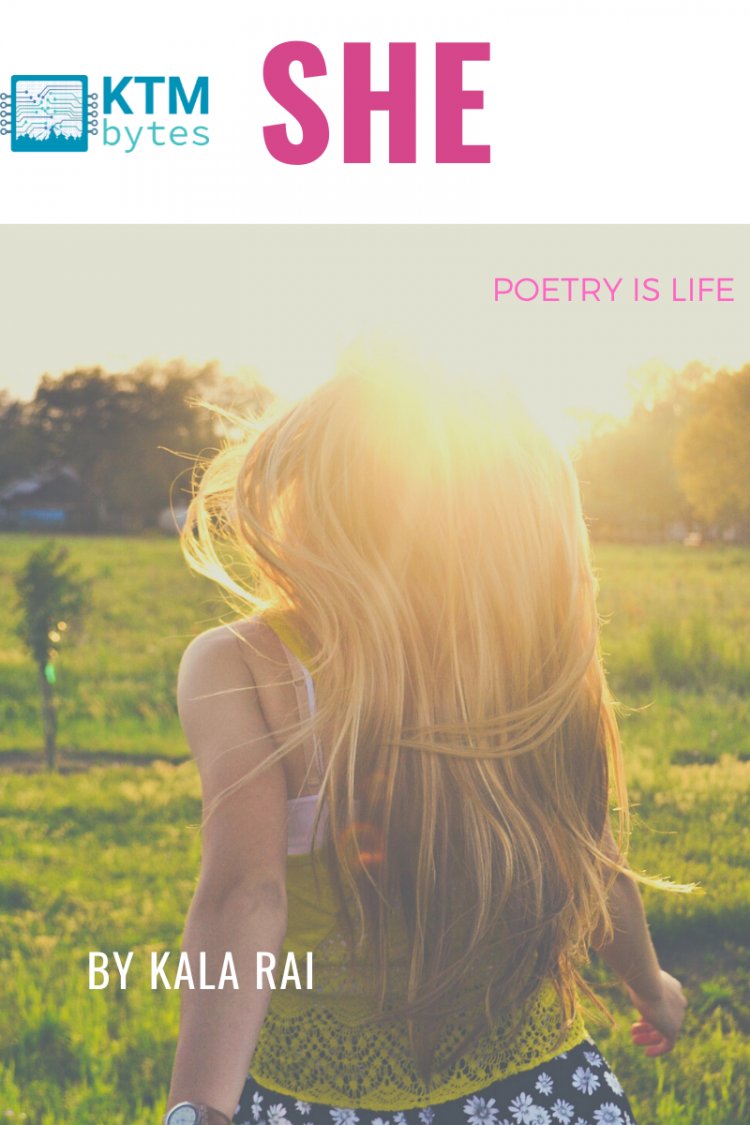 Source: 'SHE' by Kala Rai

At times, she wishes that she were just a simple human being who could do everything without judgements and restrictions. For her, who loves wandering as much as herself, the cage that you and your society have built is so tiny to fit her wild imaginations.

Her thoughts are limitless, boundless, they fly higher than the whole universe discovered. Regardless of you preaching about her rights, she knows she’s not been freed, only the cage has been widened for her to be recovered.

She frequently prays that the news of things happening to someone like her swirling around the town were not here from and every sin you made were to be easily withdrawn. She’s been dealing with your stupidity since ages but still managed to survive through the hell of rages.

You assume, she’s gullible but she’s not powerless to be a victim of your sins. She knows exactly what and how you think, she’s just playing along to celebrate your small wins. It’s not that she does not understand, it’s her greatness that she’s still dancing to the songs on your demand.

Neither her wishes mean she wants to be you, she loves being described with beautiful adjectives as affectionate, devoted, merciful, amicable, loveable.. But why is your perfect little world testing her until it’s unbearable?

I know you think it’s her foolishness to believe that she can win the world, but hold up there and hear this ‘’just try her and she’ll remind you what her roles were in your shallow achievements which you call with pride and prejudice”. However, her big little heart still hopes that it does not get too far for you to leave with nothing but to just reminisce.

MY UNFIT JOB AND I

MY UNFIT JOB AND I